An Imagination is a beautiful thing
An imagination is a beautiful thing when you get to witness it come to life. Accepting the challenge of setting up a “Make-It” booth at Pioneer Elementary School for their annual Dinner&Book night took nothing but courage. Stephanie and I (Jeff) knew nothing about what to expect other then we would be presenting some future Make-It programs to get the elementary school kids excited as well as Stephanie promoting our Summer Reading program. Simple enough right? Well rarely anything good happens without preparation. The best events you’ve visited were because of someone’s tireless work behind the scenes to set it all up. Thankfully the Idaho Commission for Libraries did a lot of that prep work for us. With their ability to prepare a future Make It facilitator along with giving Salmon Public Library the tools necessary to engage a wide variety of Patrons, it almost seemed we had an unfair advantage amongst the other booths set up.

The thing with children is they often aren’t shy. Like a rock concert wave pushing the desk into our thighs hoping to get their hands on an alligator clip, most don’t even know what an alligator clip is…but they want it! And wanting breeds other wanting. To see the light bulb illuminate not only from them successfully completing a circuit but in their eyes as they experienced the joys of discovery. An overwhelming outreach with over 50 kids pushing and shoving their way to the front of our table hoping for some sort of guidance to how everything worked. But the children wouldn’t be outdone. Parents looming in the background pretending to monitor their kids had their curiosity sparked when they witnessed the magic of the Makey-Makey bring their son/daughter to life as a human circuit. All-in-all the night was a smashing success. Challenge accepted, intrigue accomplished, curiosity sparked. A new wave of engaged patrons is surely on their way to become future makers at Salmon Public Library. 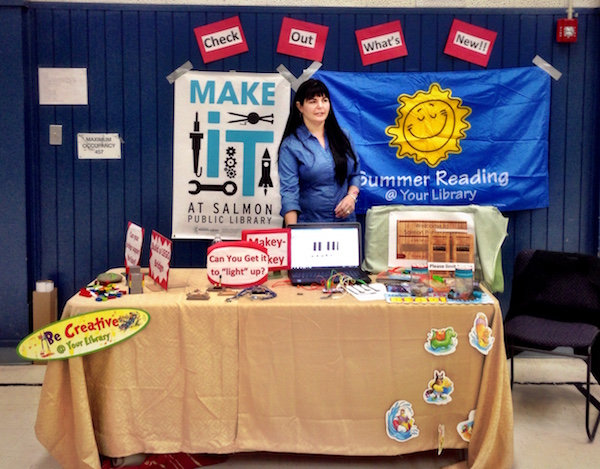 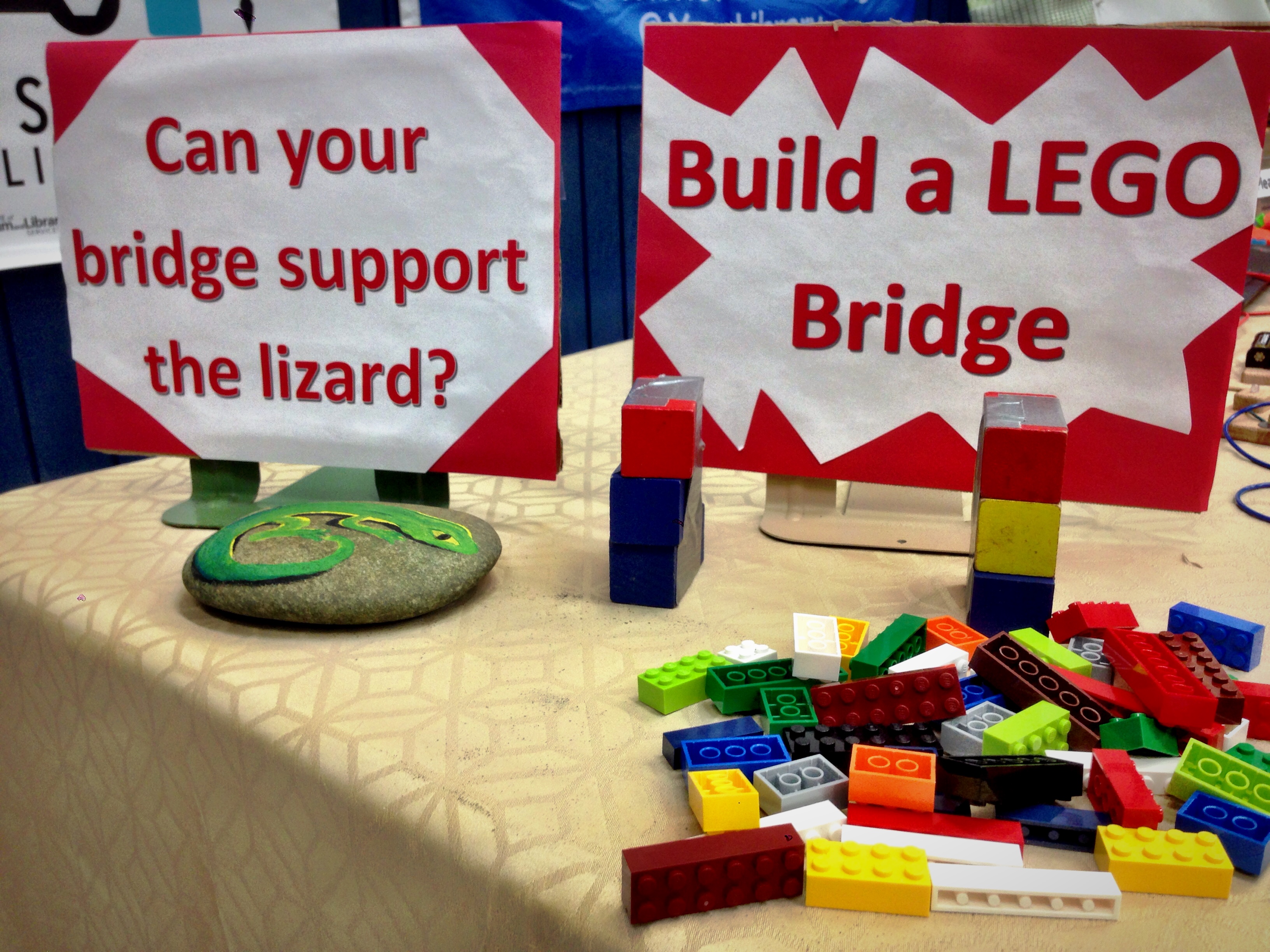 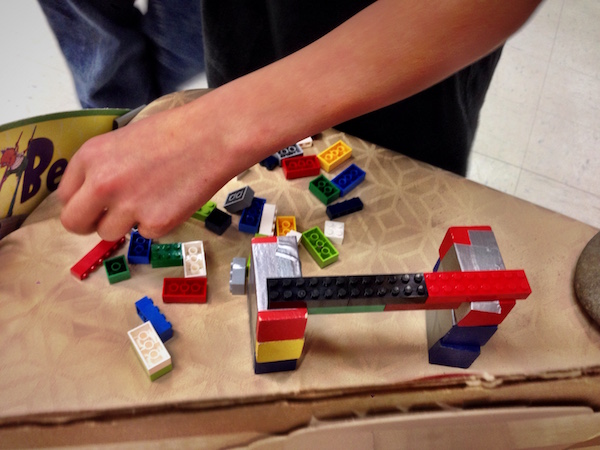 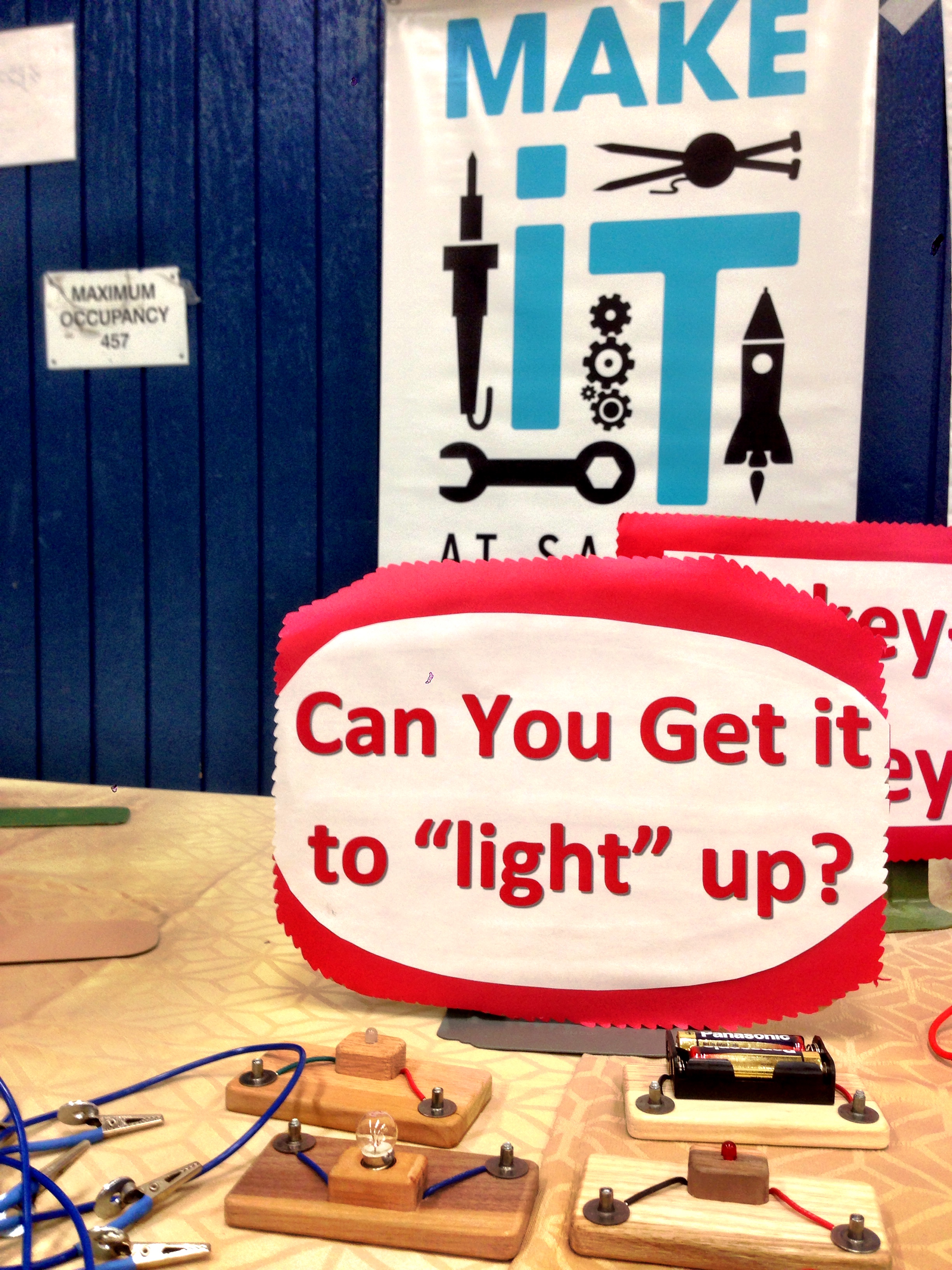 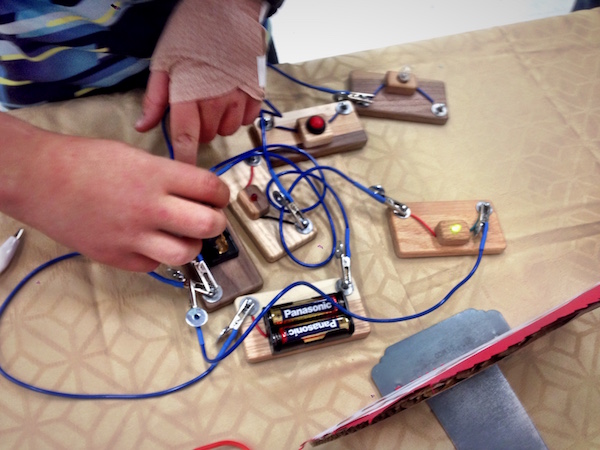 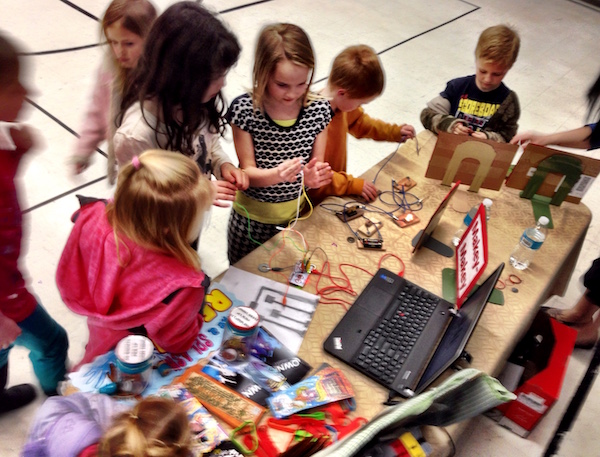 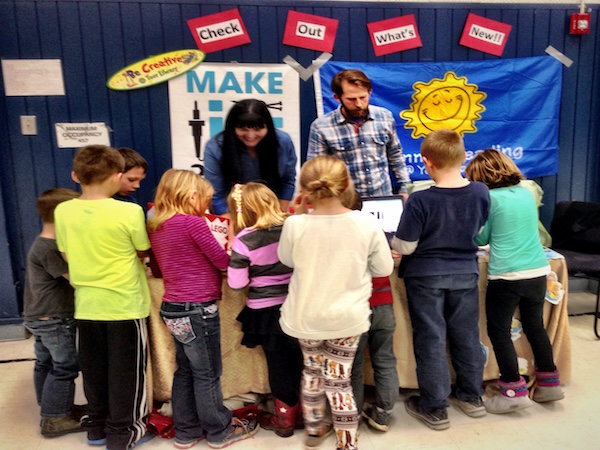