Planning isn't always easy!
When we ask ourselves do we as adults always make a plan? The answer would inevitably be no. So why should we ask that of our students? Well it’s phase three of the Design Process we’re diving into this summer. We already explored, ASK, IMAGINE, when assessing a problem, but how we solve that problem often comes with a well thought out plan. So how do you teach someone to plan?

Well the first exercise as always found itself a great little tool to teach about how we think about planning. Each student was asked to take 7 LEGO pieces from the bin and instructed to build something. Next without knowing to pass that object to the student to the right for them. That student was to observe that object, take some markers and a blank piece of paper and write some form of a PLAN to how this object was built. Here we saw all sorts of ways to which this was accomplished. Some chose to use words, some diagrams, some words and diagrams. Some put a parts list others did not. Some used color coordinated markers, others did not. Finally this object was deconstructed and given to a THIRD NEW student to their right. This student had to use those plans to try and reconstruct the original object. Here we learned what helps when making a PLAN.

From this very useful first exercise we jumped into something more real world by picking back up on our Community Pool Slide problem identified in Week 1. Here the students filled out colorful post it notes to hang on a laundry line to better visualize what it would take to make a plan for this project. What we and they found is each idea they came up with often was large enough that it needed it’s own plan! But by being able to move around post-its and see the whole process we examined a large scale problem and digested it down to accomplishable tasks.

Next week we’ll go into CREATE which will show them how to create prototypes for certain parts of the process and how that would look and take some of the planning phase tasks to the next level. Look forward to sharing more of this journey with you!

Here are some highlights below: 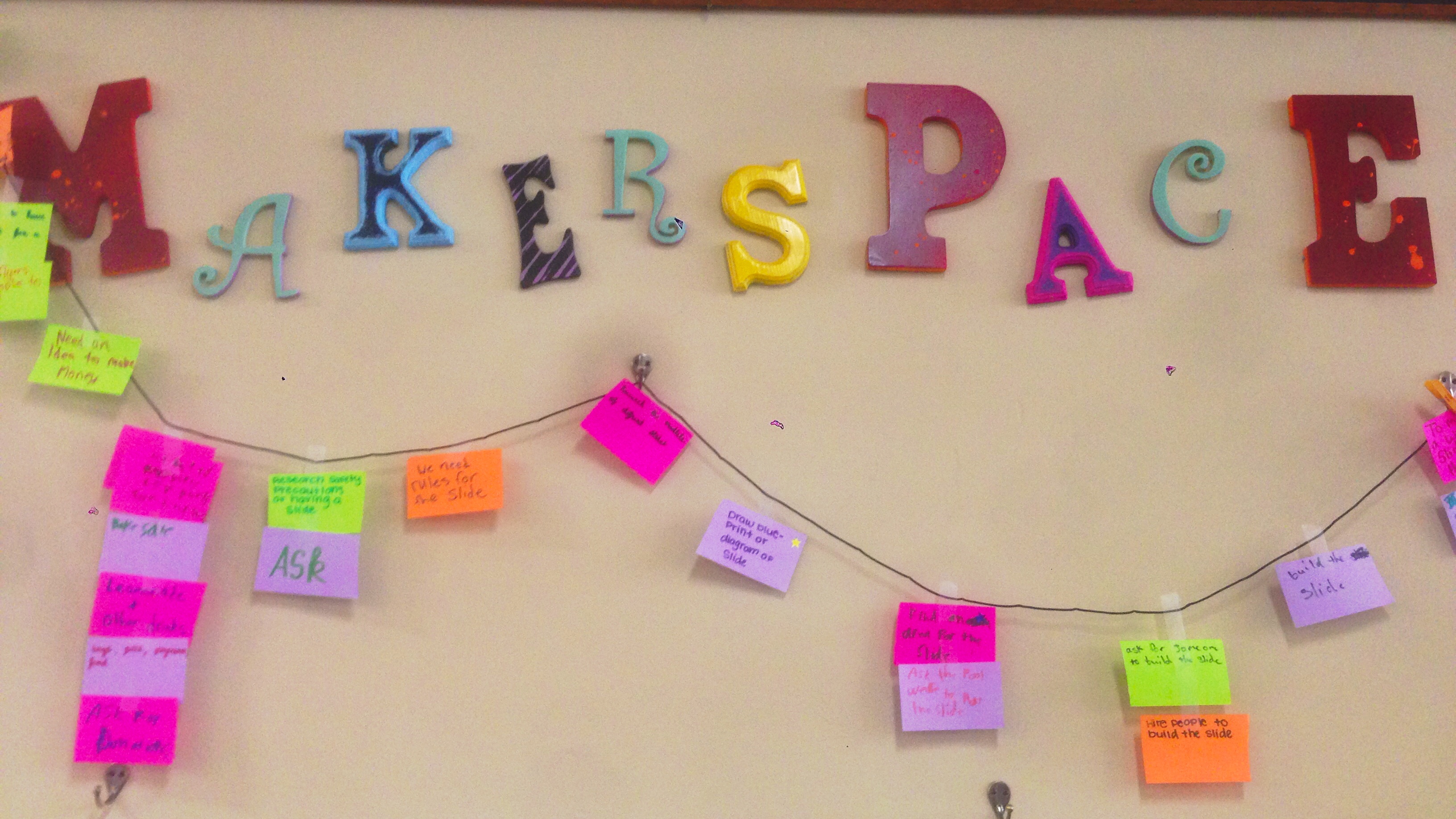 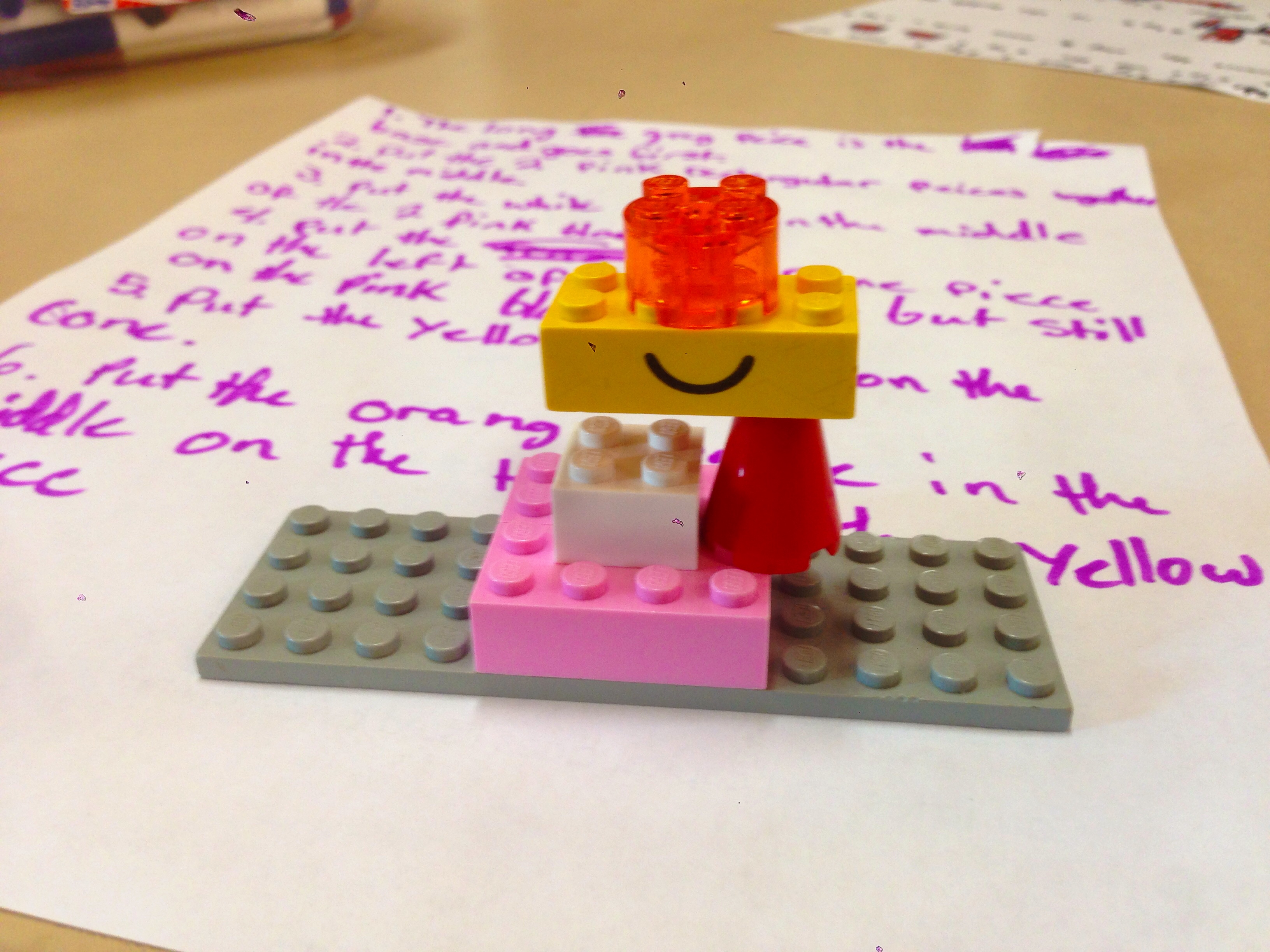 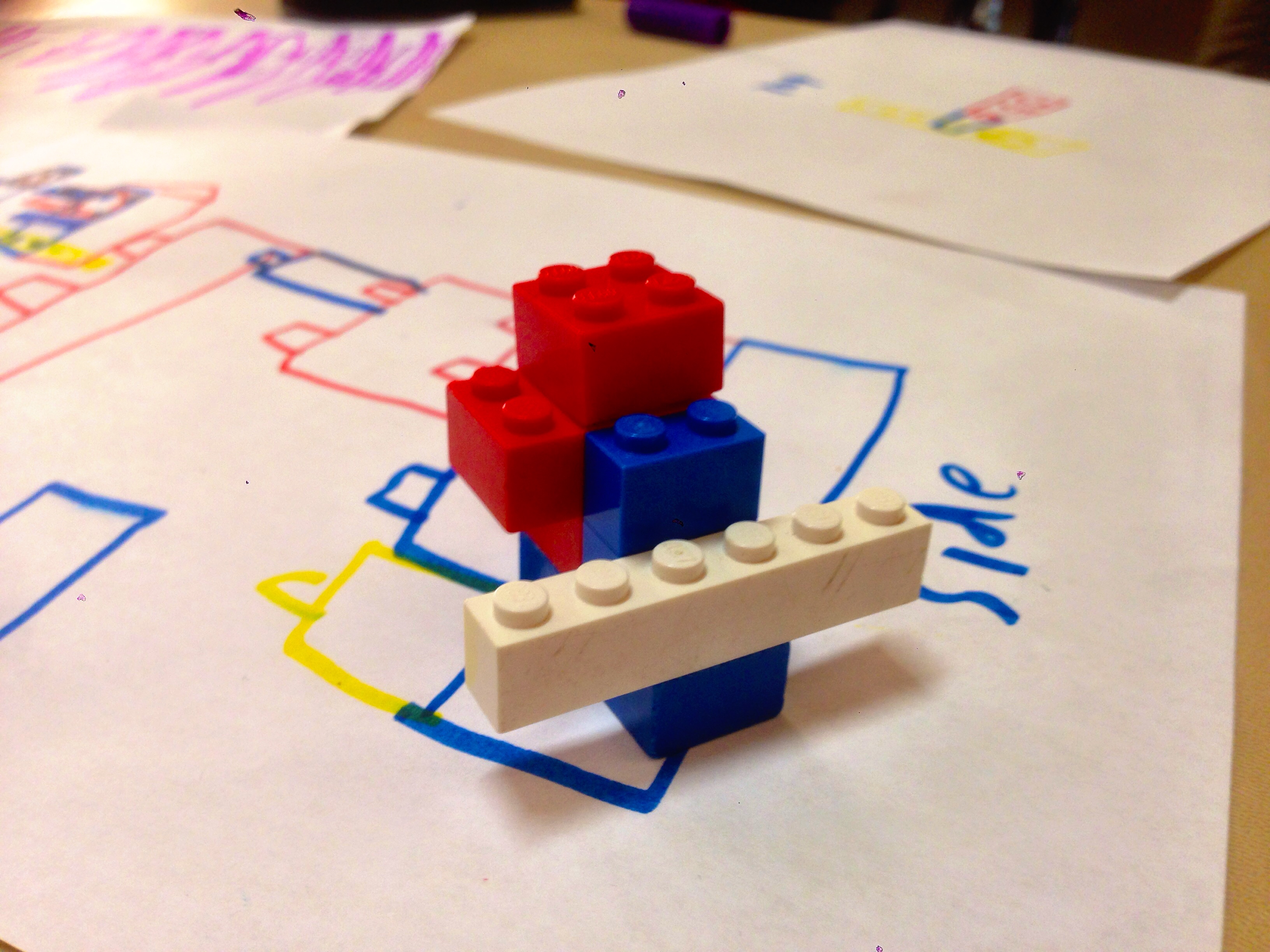 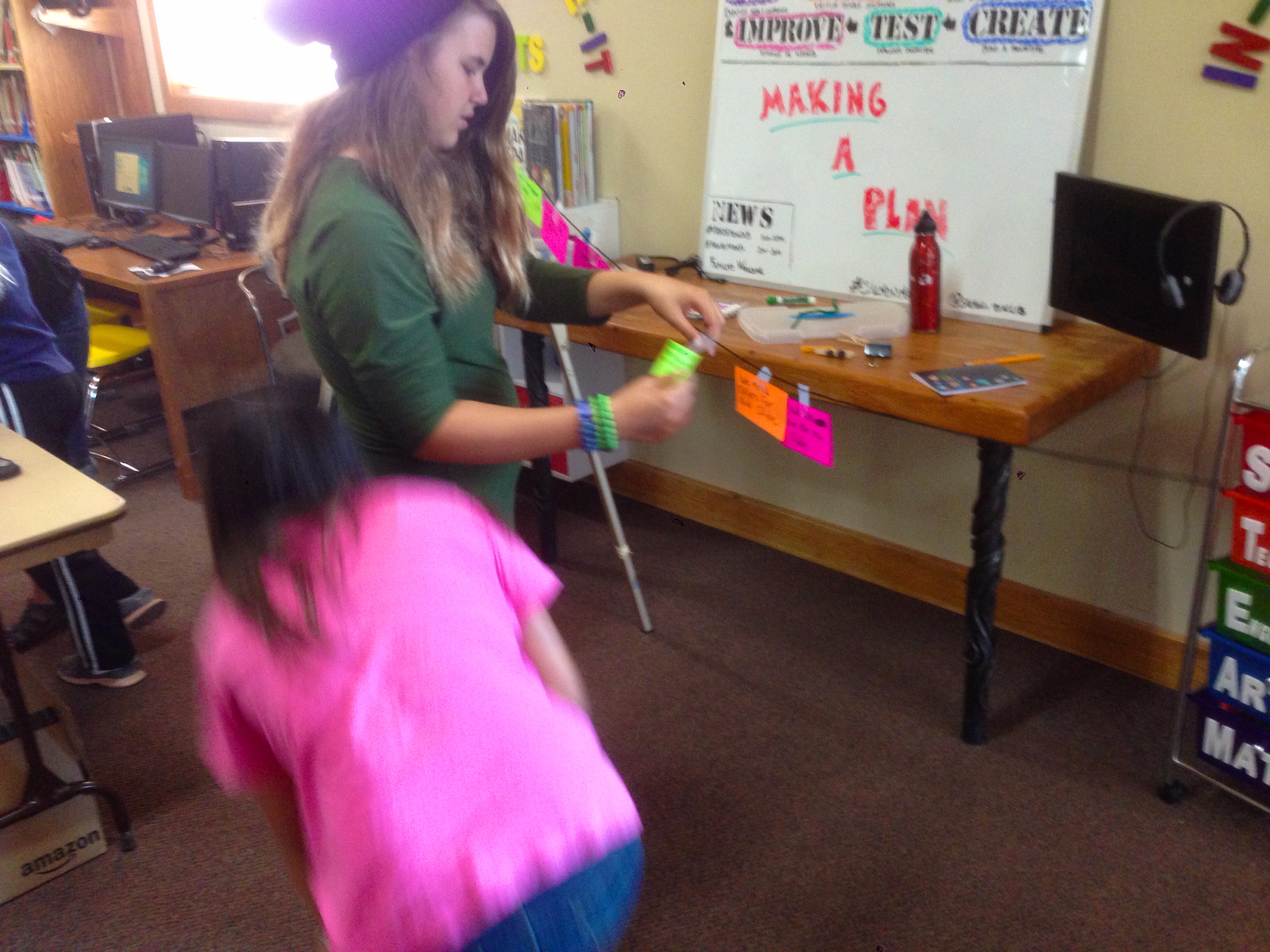 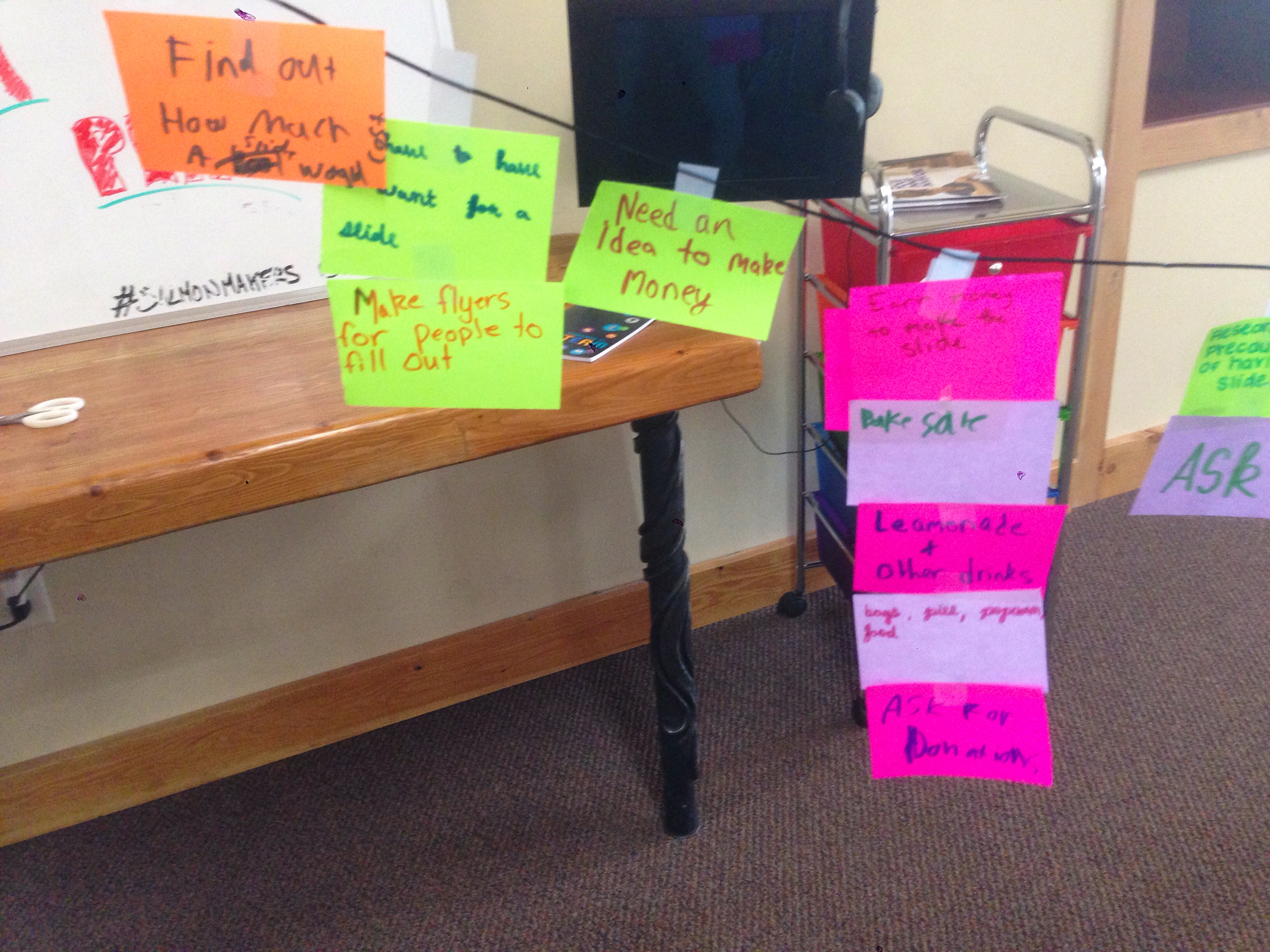 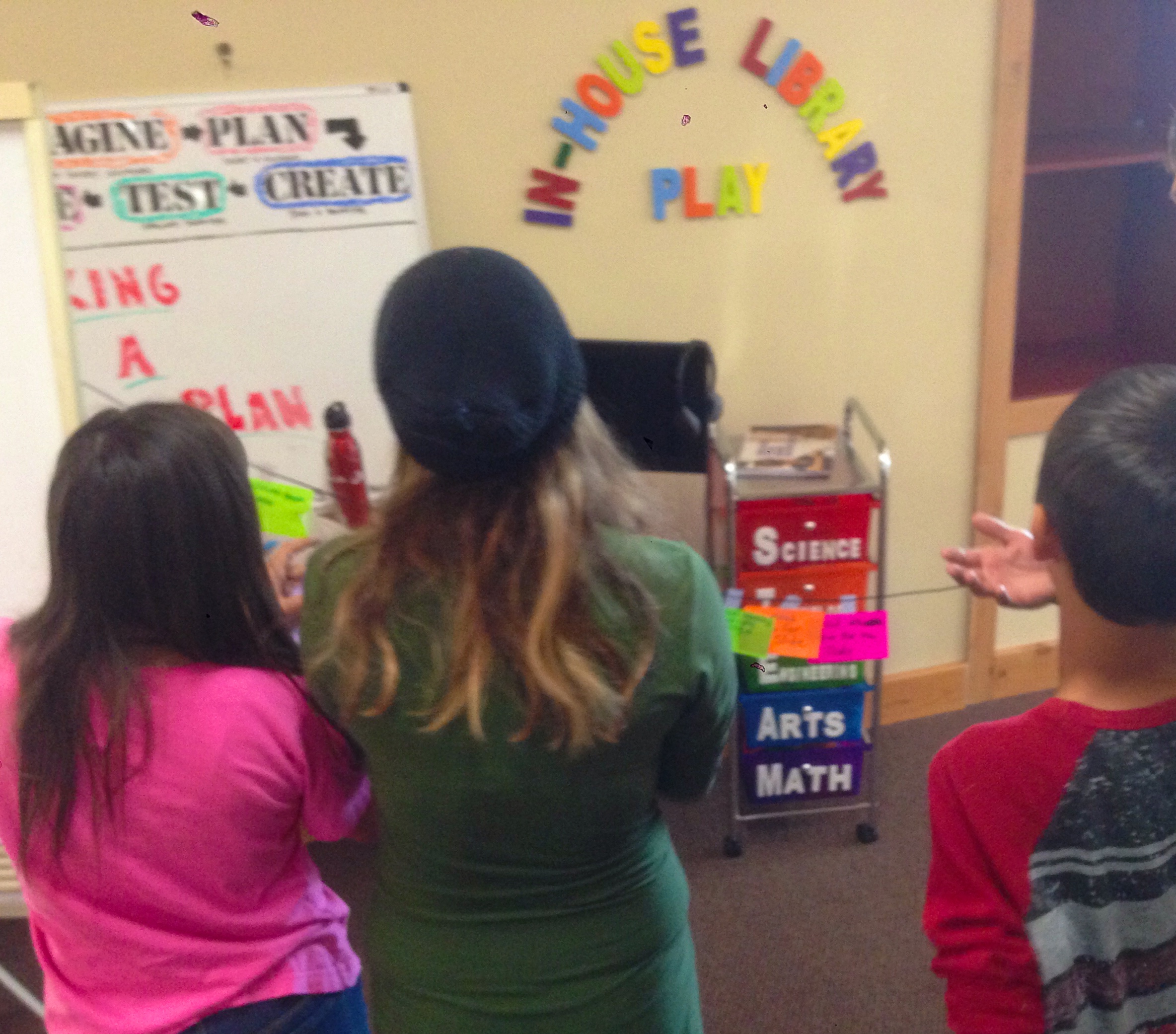 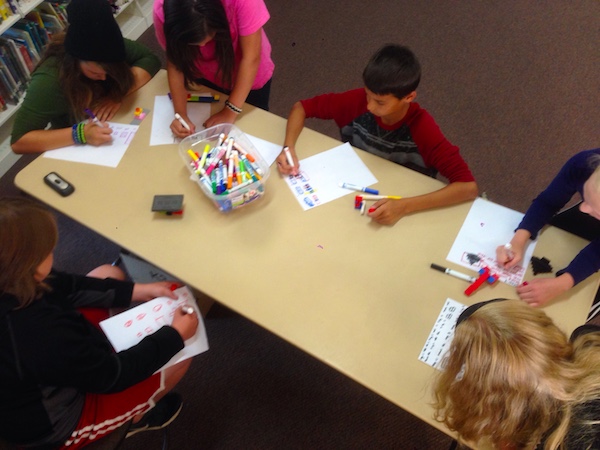