During our 3D Printing class, patron Kathleen Brown asked, could we reproduce a recently discovered ancient artifact, the Roman Dodecahedron. To which I replied, “Maybe? First what is a Roman Doubledecker..?” (See photo #1) Apparently the usage is still unknown, however there are people suggesting perhaps one usage as a knitting device. She explained there is a 3D model for this already on Thingiverse (See photo #2)

So off we went on our exploratory adventure. We first made a prototype in a PLA Bamboo filament we had on hand (see photo #3) with good results. However she indicated, could we do it in metal? Or make it heavier? With some research we found Colorfabb CopperFill PLA filament from MatterHackers, Inc. to give it a whirl. Our first attempt in learning (FAIL) was trying to print with PVA (Water soluble material) for supports + CopperFill PLA as the base. This was time consuming, expensive, & ultimately not necessary and resulted in a messy print.

We switched back to printing ONLY in CopperFill to produce a metallic / plastic version (See photo #4).

Great! Now how do we get it to look like copper from that clay like appearance. To the internet batman! Apparently using a technique by Adafruit Industries suggested with a rock tumbler + brass screws (see photo #5) produced a sheen that we were hoping for. (See photos #6/7)

The only step left is to apply a patina to this ancient artifact to add some age. Looking forward to sharing those results. We’ll know in 24 hrs if it worked! 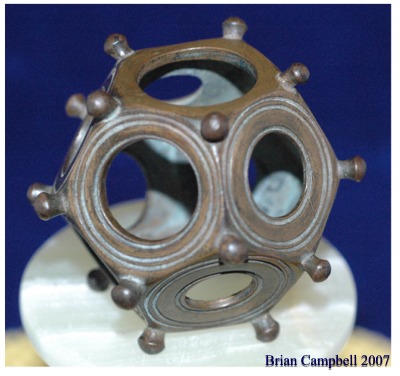 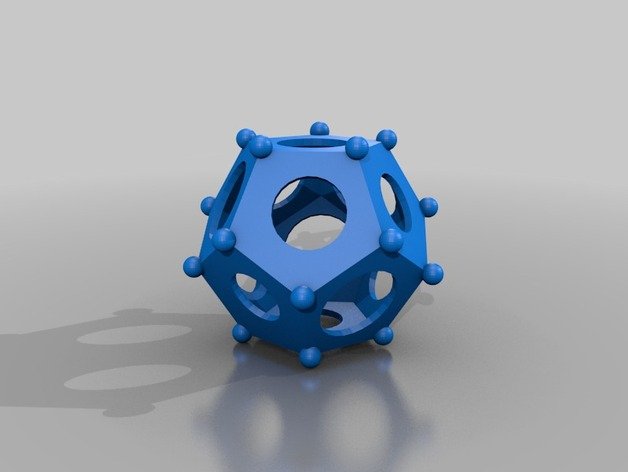 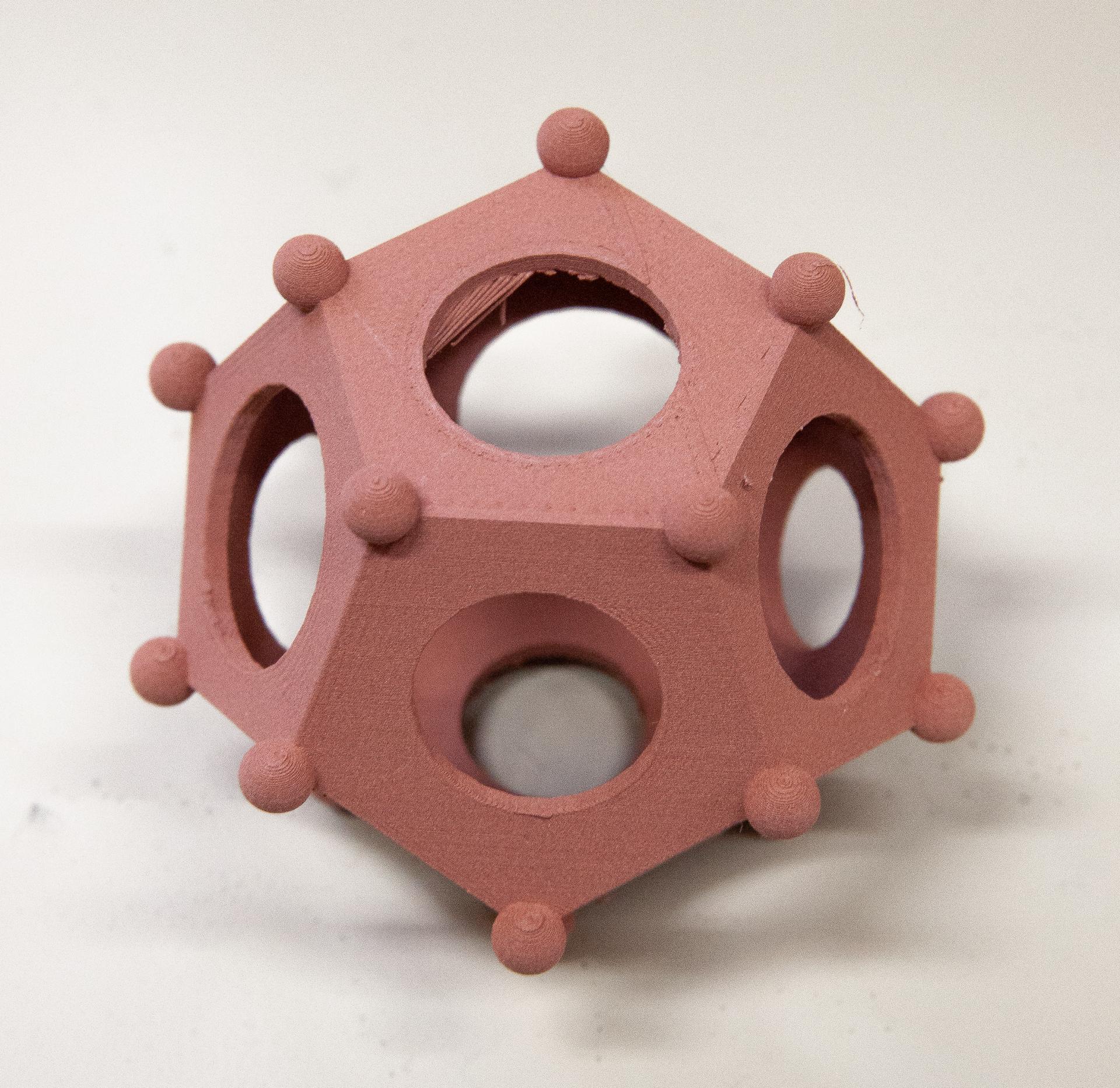 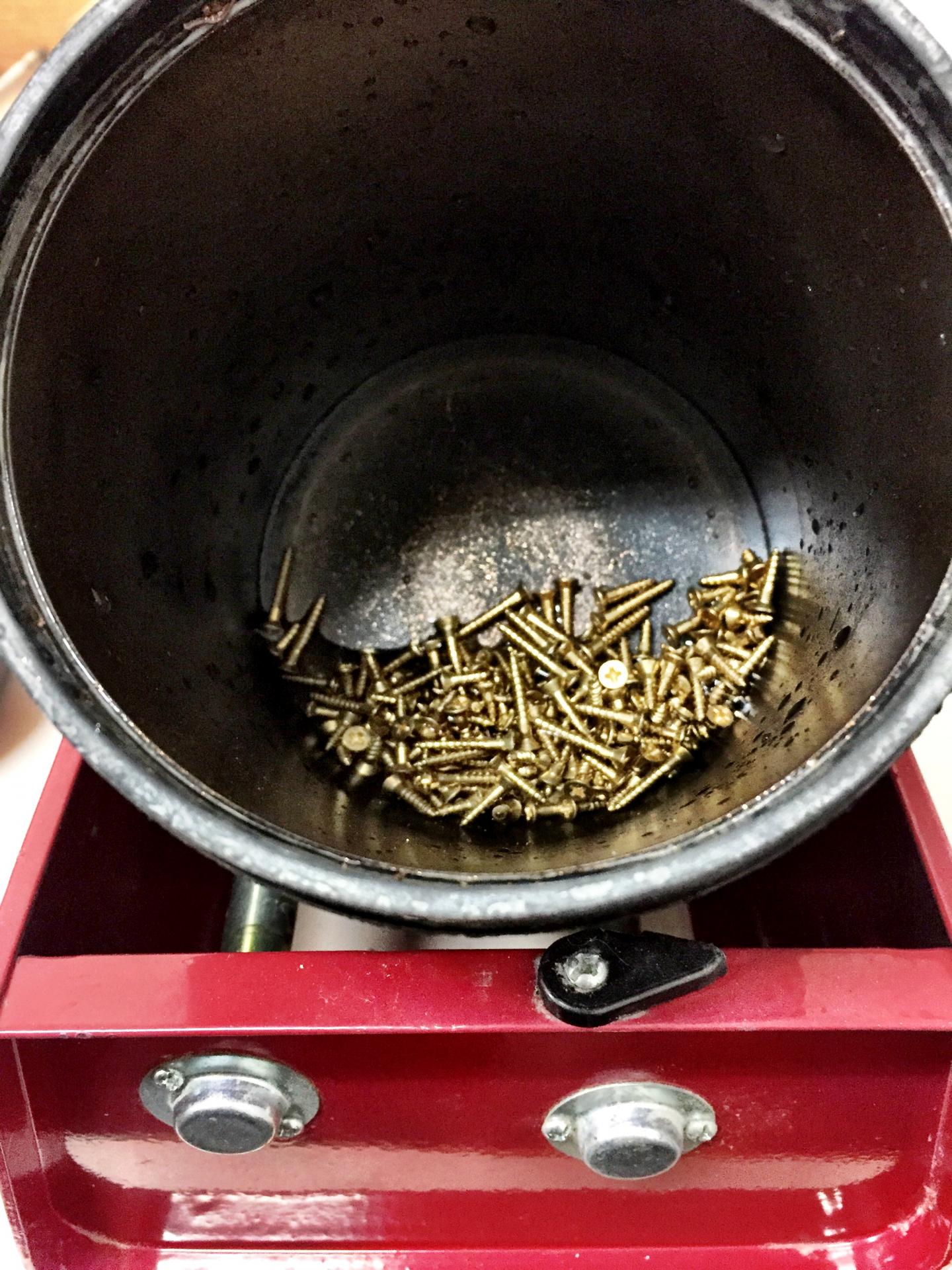 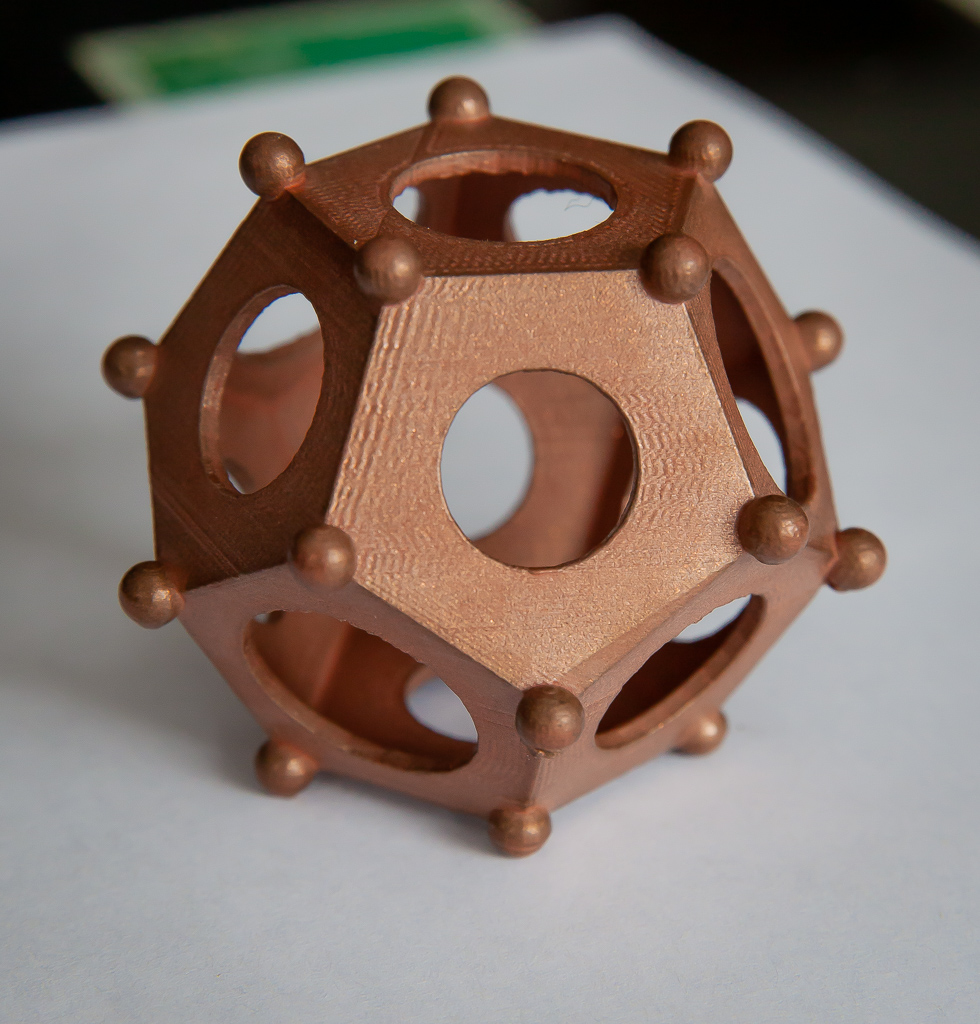 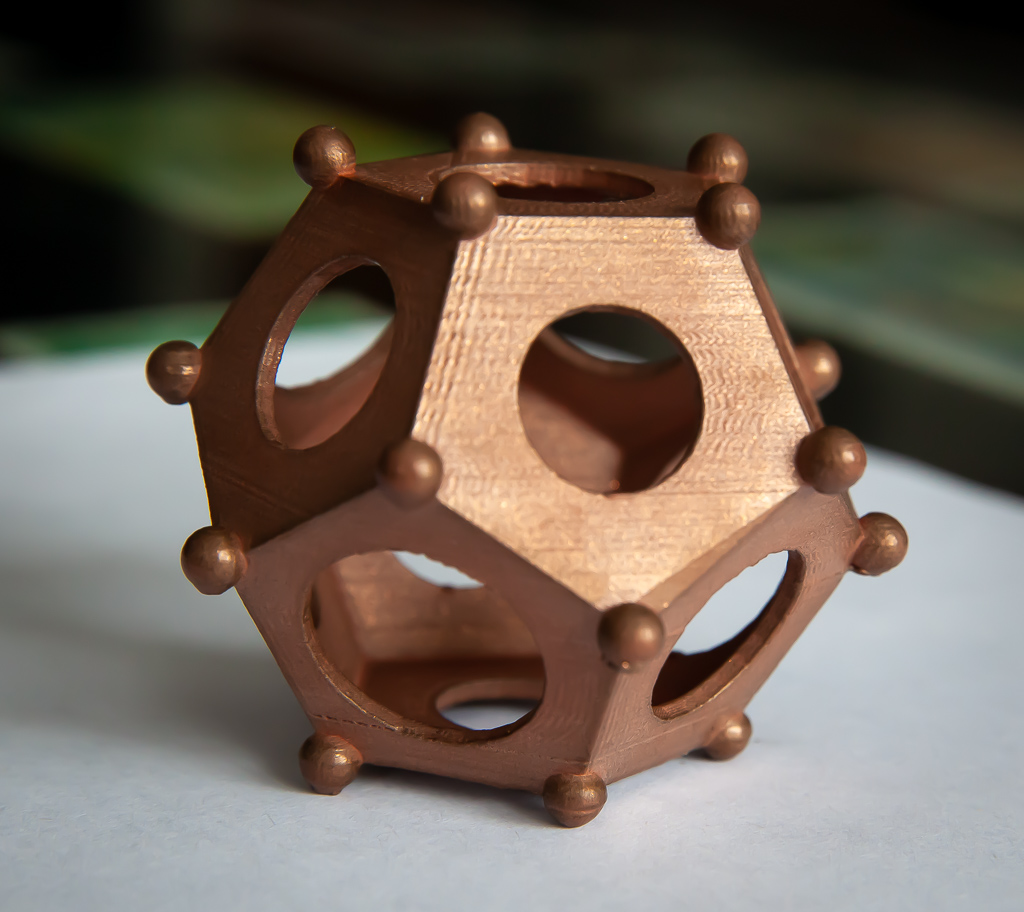