Nation of Makers Part #155 completed & shipped just in time for their annual #NOMCON event. Unfortunately won’t be able to attend as we’re presenting at the first ever Idaho Commission for Libraries – ICfLFuture’s Camp.

Nation of Makers is a national organization whose logo is a series of triangles that make up the map of the United States. Each year they’ve done a national build where different makers send in parts to assemble something. This year it was their logo. What everyone received was dimensions of a part (we got part #155) and a color to match. The finished result was to be mounted on 1/2” piece of plywood. One could use any form of making to decorate it (leatherworking, blacksmithing, sewing, 3D printing, etc)

We chose circuitry! Mainly because this is the skill we’ve most recently been learning at Switch with the ZMorph VX Multi-tool. Our first test was a pilot project inspired by a library patron.

Take a piece of double sided PCB Board (Copper laminate over fiberglass) and create a circuit. What we did was align it so the LED that poked through would line up perfectly with an overlay of a map of downtown Salmon. This map was laser etched with the added logo of our space, (Em)Powered by Switch.

Press the battery holder, complete the circuit, and it lights! (Full disclosure, the circuit was supposed to “blink” but a failure just became another “iteration”) Can’t wait to see it among the many other Nation of Makers entries. Thanks ChattLab Makerspace for assembling these parts! 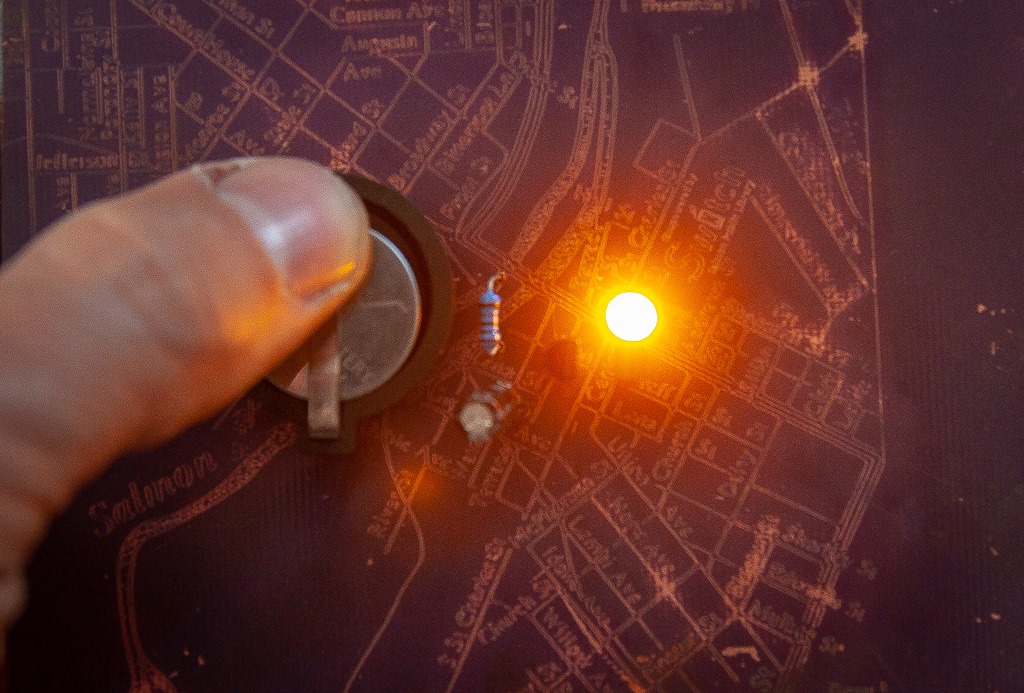 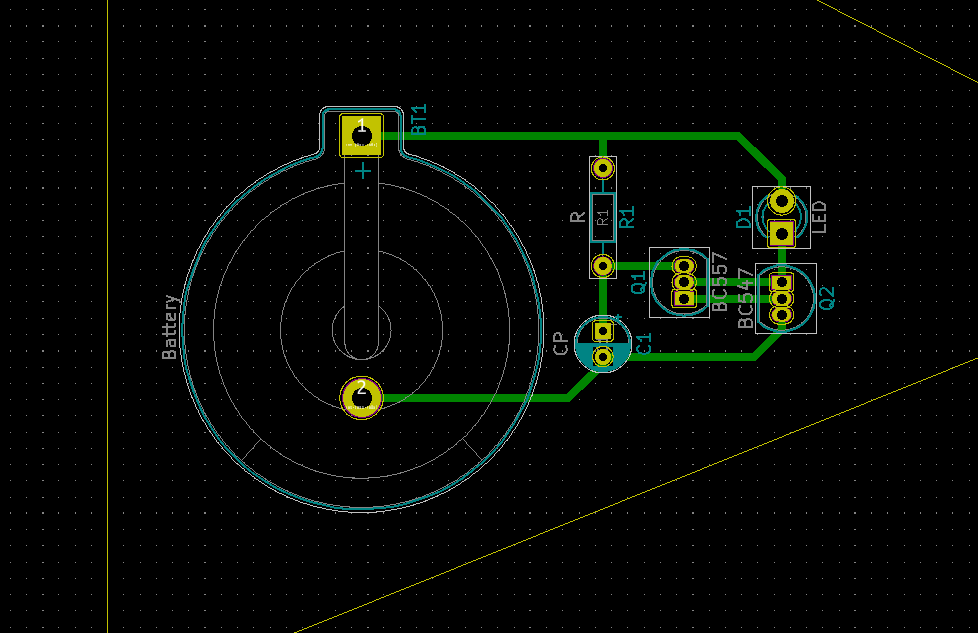